A few years ago, Andrew Stonehome realized that he wasn’t the person that he wanted to be. He realized that he was headed down a path that would lead to an unhealthy and unhappy life. In order to change directions, he needed to do the hard work necessary to discover himself, identify his core values, and determine what is most important to him. A result of this self discovery was the realization that he had been stifling his need to express himself through music as he’d assimilated to adult life.

Today, singer-songwriter, multi-instrumentalist and producer Andrew Stenehjem has released an 11-track debut album, bursting with infectious pop-rock. This first batch of songs in his artist continuum, released on November 19, 2021, represents a milestone in personal growth in reclaiming a life of creativity that he had previously surrendered.

“These songs have gone on a journey through the writing and recording process, and in turn, they’ve taken me on a journey. They’re my babies,” the Portland, Oregon-based artist shares. “They’re also a reminder to me of how important it is for me to express myself creatively.”

The North Dakota-raised artist recalls one of his earliest memories as a budding musician involved him sitting on his bed bashing away at a makeshift drumming setup consisting of his pillows and an oscillating fan for a cymbal. In no time, he pounded that fan from a circle into a square. In the ensuing years, Andrew became an accomplished drummer with a real kit (albeit stolen from his brother), and also managed to become a gifted multi-instrumentalist, fluidly expressive on guitar, bass, and piano.

In his early 20s, he continued to hone his performing, recording, and instrumental chops. But his artistic aspirations were curtailed as he found himself cast in the role of suburban family man, a role that he says never felt authentic. He sought solace in work as he prioritized providing for his family, and music slowly receded back into the dark corners of his past.

Andrew’s descent into all-consuming work led to a salvation of sorts. He moved into a daunting new position in his work as an education IT professional, where he was able to thrive under challenging circumstances. This was a transformative time as it provided Andrew with the crucial confidence to address other areas of his life where fearfulness prevented him from living an authentic and full life.

With newfound purposefulness, Andrew began work on some important health and wellness issues, and he began exploring expression through many mediums, including photography, videography, and music. At this time, Andrew and his wife also made the difficult move to end their marriage, though he vowed to remain a dedicated, attentive, and loving father to his three children.

Andrew’s 11-song album was born during this time of transition. “One theme that shows up often is relationships in various, and at times complex, forms: parent and child, friends, companions or partners,” he details. “Some elements of relationships that are explored are fear, protectiveness, supportiveness, longing and a sense of isolation.”

While some of those themes Andrew explores can be heavy and at times dark, Andrew has a propensity for wrapping these lyrical themes inside catchy and oftentimes upbeat musical arrangements. The record is a refreshingly eclectic collection of sweet folk-pop acoustic tracks and playful, often satirical driving power-pop. The songs have an instantly familiar personality that conjures the music span of the 1970s-1990s, the formative years in which Andrew developed his wide-ranging tastes. His electric power-pop/rock songs have reminded people of groups like The Beatles, Cheap Trick and Weezer and his acoustic tracks draw comparisons to Sufjan Stevens, early Paul Simon and John Denver.

Andrew wrote, played, recorded and mixed every note on his debut while nestled in his vibey 104-year-old house. His carefully-crafted compositions brim with sharp hooks and time-honored songwriting conventions. His lyrics vacillate between being cleverly insightful musings brimming with wry humor, and heartfelt confessionals offering sage lessons of personal growth.

A sampling of standout tracks on his debut include “When You’re Leaving,” “Heartbreaker,” “San Antonio,” “Water” and “Stay”.

The album begins with the elegantly folksy and melodic “When You’re Leaving”, which is musically in the spirit of Simon and Garfunkel. This poignant song puts forth a powerful message of letting go of someone so they can find their way in the world. Conversely, the album ends with “Stay”, which represents a parent who is struggling to fight the natural desire to protect their children from the pains of the world.

Andrew goes a different direction musically with tongue-in-cheek rockers “Heartbreaker”, “End of the Line” and “Another Story”, which tread glorious 1970s power-pop territory in the vein of Cheap Trick, boasting some sophisticated chord changes and soaring vocals.

Andrew gets more personal and revealing on “San Antonio” and “Water”. The folk-pop track “San Antonio” is boldly vulnerable. “That’s one of the few that’s semi-autobiographical. It’s about difficult decisions that I was contemplating and tough conversations that I had while on a trip. At that time, I was realizing the extent to which the impact that my need to make changes in my life would effect others”, Andrew shares. “Water” is a quaint pop track with plaintive piano, acoustic guitar, and golden harmony vocals. The song’s water imagery metaphorically likens depression to an overwhelming flood. Andrew’s first experience with depression came during a flood in his hometown of Grand Forks, North Dakota, when he was in high school.

These days, Andrew is not flooded with thoughts of a life unlived. “I’ve wanted to do this since I was a kid, but fear and lack of confidence held me back,” he says. “Now that I’m trying to working through those barriers, I feel like I’m getting better at being my authentic self. I’m looking forward to digging deeper as I continue to grow in expressing myself through music.” 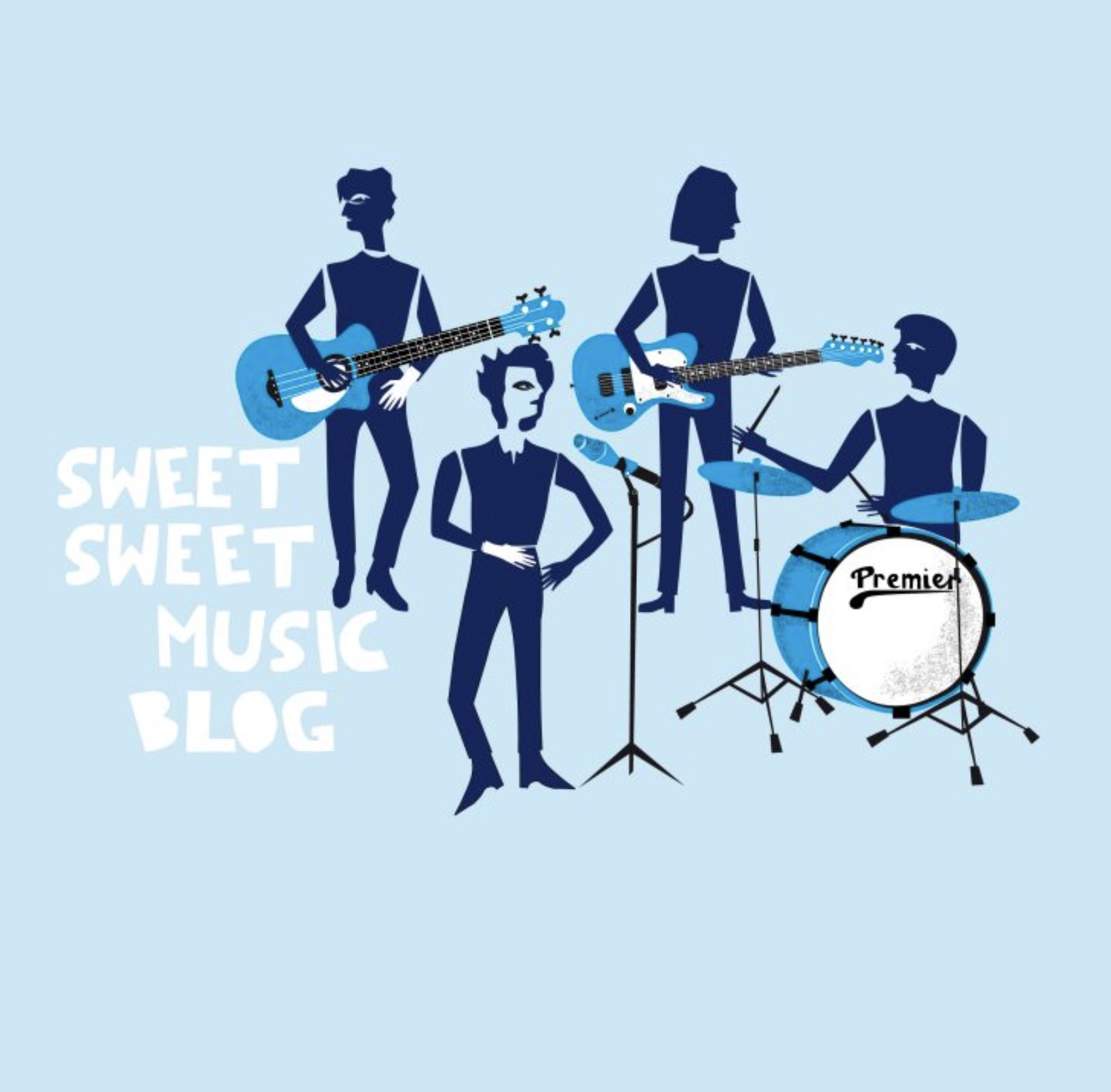 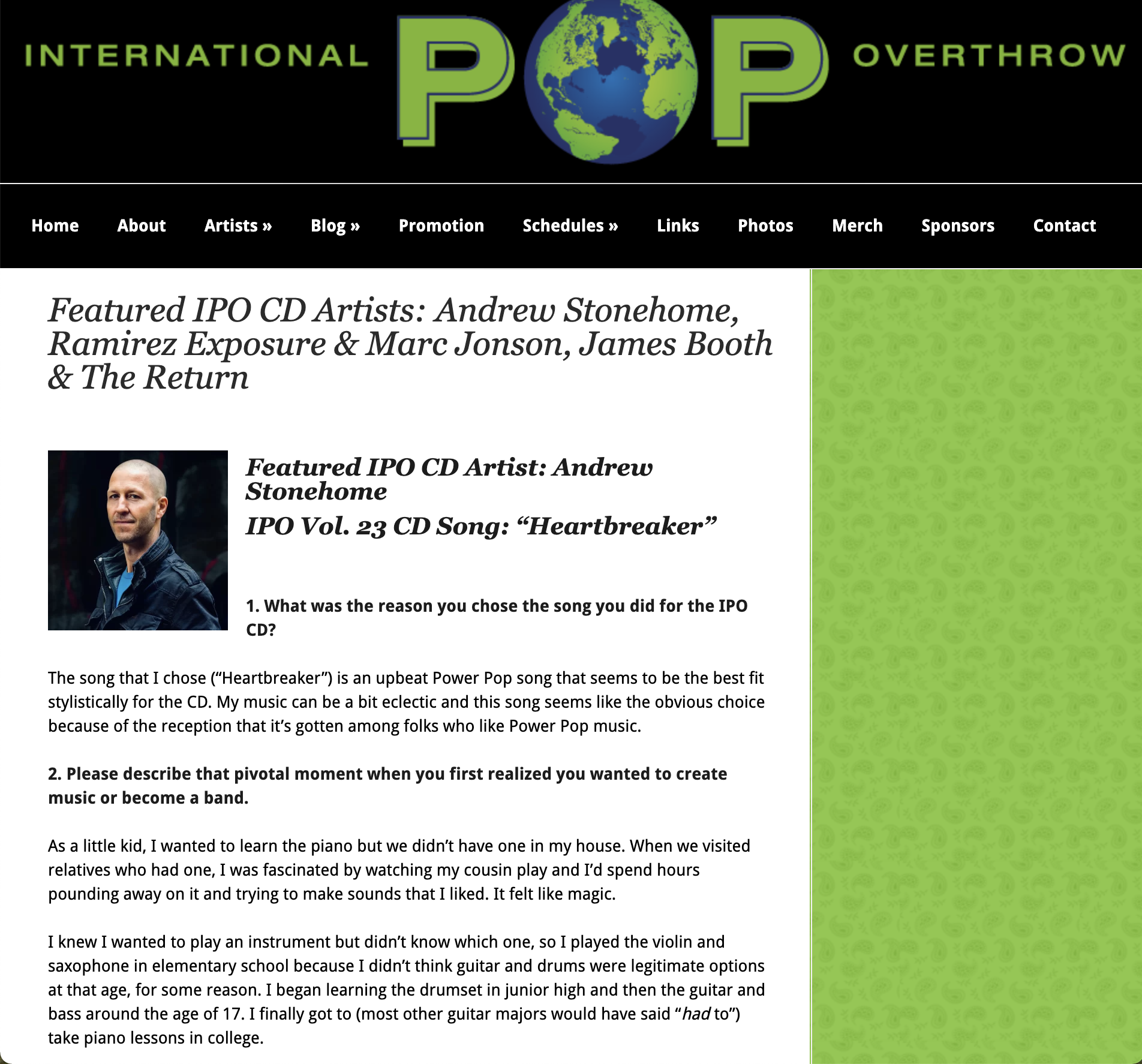 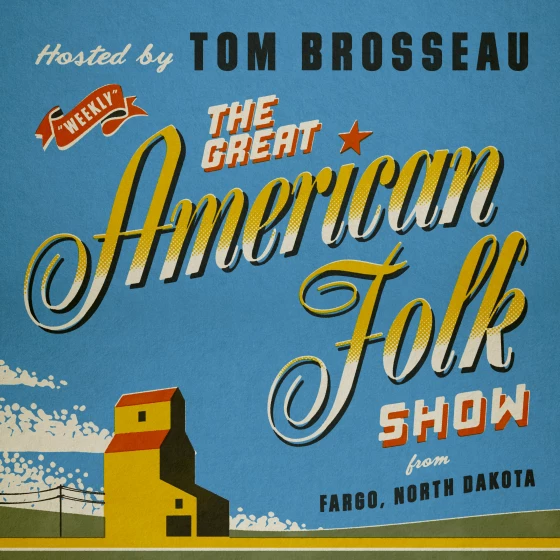